First of all, when you hear someone talk about “salvage title”, what does that mean, exactly? Why are repairable salvage cars for sale deemed salvage?

The vehicle is branded “salvage” because it has been damaged and/or deemed a total loss by an insurance company. There’s a lot of wrecked cars for sale out there! If you are lucky enough, you can find repairable salvage cars with very little damage and in great mechanical condition.
Read More

is one that has been written off by the insurance company because the cost to repair the salvage car exceeds its estimated value. This will vary from state to state, but for the most part, that number is over 60% of the value of the salvage car. At that point, the insurance company will write-off the car, pay the claim and request a salvage title for the car. Read More

Why Cars Are Repairable Salvage

There are salvage title autos that are repairable. That is, with proper repair work and inspection, state authorities will title it as a “rebuilt”, “reconstructed” or “

In part 1, we told you about how to prepare for the inspection process for repaired salvage cars. In Part 2, we will talk about the actual inspection.

The Inspection Process For Salvage Cars

Once the owner of the salvage title car or truck has repaired the car and taken the photographs, it is time to assemble the documents, showing where each major component used in the repair was sourced from, and go to the actual inspection. Depending on the jurisdiction that can mean going to a repair shop that is authorized by the state to do the inspections, or it can mean some sort of governmental entity or officials. For example, in the case of Michigan, inspectors are law enforcement officers from the county the owner resides, as is the case with Wisconsin, where the certified salvage title inspector is a law enforcement officer.

Every state requires proof of the origin of major components and parts used in the build. That includes the VIN number of any donor vehicle. Major components, as defined by the State of New Jersey, are:

You may have heard about salvage cars, but are hesitant to purchase one because you are unsure of its history. With Copart’s easy vehicle VIN check tool, you can quickly get the history of any flood damaged or repo cars for sale that you like. A Vehicle History and Title Report contains the full history of cars sold through Copart as reported by instaVIN. 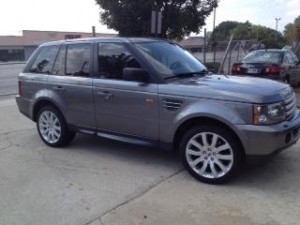 In today’s difficult times, it seems like everyone is looking for ways to save, especially when it comes to cars. If you need a vehicle to get back and forth to work or school but do not have a lot of cash, you should consider purchasing a salvage car. There are many benefits to choosing salvage auction cars, and listed below are just a few.

If you are looking for a car for short-term usage, why not consider a flood-damaged vehicle? There is no reason that you should have to spend a lot of money for a car if you are only going to need it for a short period of time, and many flood-damaged cars still run great. 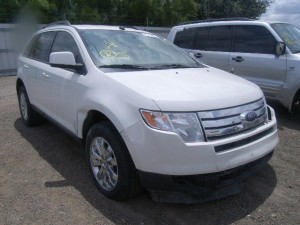 When your child turns 16 and gets his driver’s license, he will more than likely want to get a vehicle of his own. Maybe, he has been saving his money up for a long time and needs help selecting an inexpensive but safe vehicle or maybe you are the one who will be purchasing the vehicle for him. Either way, you can often find suitable cheap cars for sale through online salvage auction sites such as SalvageAutosAuction.com.

The rising trend of commuting to work has led to an influx of buyers looking to find a fuel-efficient vehicle. Repairable salvage cars for sale are a great way for consumers to address their budgetary concerns. At SalvageAutosAuction.com, you can find the best assortment of cars that are perfect for the daily drive to work. Here are some helpful tips to finding cheap cars for sale without sacrificing quality.