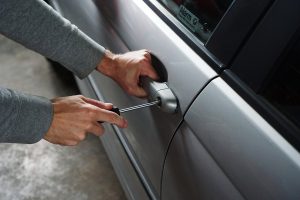 There Are Lots Of Stolen and Recovered Cars In the US

In the United States, over 700,000 cars are stolen each year. The authorities recover an average of 46% of those vehicles.  That percentage varies by state: while Alabama has only a 28% percent recovery rate, Washington State had 71% and Utah, 63%. As a general rule,  agencies must classify as Motor Vehicle Theft all cases where automobiles are taken by persons not having lawful access ”even though the vehicles are later abandoned”.

Salvage cars are normally those that have damages that are equal or exceed the cost to safely repair. The purpose of titling the car as salvage is to alert potential future buyers that the car has sustained damage. However, with stolen vehicles, insurers are also looking at different factors, including the time from theft until recovery. The reason is simple: uncertainty.  An insurance company does not know whether the car was driven while in possession and control of the criminal(s). Car thieves aren’t exactly known for taking care of the cars they steal unless they are going to export it somewhere, for example.

Buying A Stolen And Recovered Car Could Be A Good Deal! 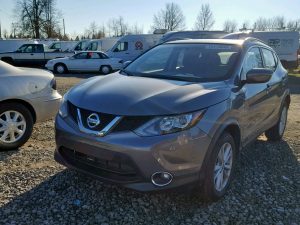 Despite its uncertainty, buying a salvage titled car that has been stolen can be a winning proposition, compared to other salvage title vehicles. Cars involved in collisions may have serious structural issues – particularly around the frame/unibody – that are not apparent at first inspection. Cars in floods can have all sorts of issues that appear months after purchase. On the other hand, a stolen and recovered car could be in pretty good shape compared to those in collisions or floods. Remember that the insurance company has written it off because of reasons having nothing to do with actual damage.

Be Careful When Buying Stolen and Recovered Cars At Auctions

Here comes the big caveat. Like everything else involving salvage cars: exercise a lot of caution and do your due diligence. Check to see if the car has been stripped or vandalized. Run the VIN number to make sure there aren’t any accidents listed on the title. Have the car inspected by a trusted mechanic.  Are the wheels off? Check for frame damage. If possible, get the police report from the theft and recovery unit of the police department. Did the thieves abandon the car? For how long? Did the police impound it? Where was the impound yard? Was the car found near where it was stolen? Ask the right questions and do the necessary inspection work to avoid future problems.

Where Can I Buy Theft Recovered Cars Online?

Now that you are ready, you can find a big selection of salvage cars at Copart auctions. Sign up to bid through brokers who have categories for recovered theft vehicle auctions. Depending on the state, there are restrictions on who can buy a salvage title car, and brokers allow ordinary people (i.e. not car dealers) to bid on these cars. Registration is fairly easy, and once you are done you can go ahead and start searching and bidding on recovered stolen cars.